Building Homes in Texas since 1932

The Tilson Homes story begins in 1908 when the Tilson family moved to Houston. Brothers Horace and Jack took jobs building oil derricks all over Texas, California and Mexico. In 1932, Horace and Jack moved back to Houston and began Tilson Construction Company. During the first decade of the company’s history, Tilson would take on any type of construction job. Whether it was residential or commercial, it did not matter; the Tilson brothers just wanted to survive the depression.

Post WWII
Tilson built its first Model Home at 5516 Yale Street in Houston, TX.
MID 1950s
Tilson took on any and all construction projects including refurbishing barracks at Fort Hood, TX & Big Spring, TX. In 1954 KPRC Channel 2 nearly misses its debut air date until County Judge Roy Hufheinz fires the original steeplejacks and hires the Tilson Brothers who raise the tower in just 3 days.
Jack Alarid Takes Control
Jack Tilson Alarid, nephew of Jack and Horace Tilson, is promoted to oversee all construction operates, and hires his boyhood friend & brother-in-law James Loper. In 1959, Jack Alarid is promoted to President by Horace Tilson, who sells his share of Tilson Construction Company to Alarid.
1964
Tilson becomes Tilson Custom Homes and moves two blocks east to the newly constructed North Freeway.
The New Team
In the early 1970’s, Alarid promoted Loper to president. The 1960’s and 1970’s were unusual times with the Houston home building industry. It seemed that anyone could enter into the business as a homebuilder. No one could build enough houses, nor could they build them fast enough!
THINGS CHANGE IN THE 80s
All that changed in the 1980’s. The economy was suffering. The company determined that expanding the geographic base in which it operated was the only way to ensure survival. In 1981, Tilson opened two design centers in Angleton and Bryan. In 1982 and 1983, two more design centers opened in Buda and Boerne to serve Central Texas. In 1984, Jack Alarid’s son, Keith Alarid, became VP of Houston Operations.
1993
James Loper retires as President and is replaced by Jack Alarid’s son-in-law Eddie Martin.
In 1994, Tilson Custom Homes changed its name to Tilson Home Corporation. In the beginning of 1998, the Tilson corporate office was moved to a completely renovated commercial building at 411 Durham Dr in Houston. The new offices were designed specifically to help Tilson move confidently and comfortably into the next century.
1997
Tilson builds a Design Center in Georgetown, TX to better serve the growing Central Texas market.
2000
Tilson expands into North Texas with locations in Melissa and Weatherford.
2001
Tilson relocates its Buda location to I-35 in San Marcos.
2002
Tilson expands its Gulf Coast footprint with a Design Center in Spring. Jack Alarid’s grandson, Eric Alarid, joins the company.
2006
Tilson closes the gap between the Gulf Coast and Central Texas with a new Design Center in Katy.
2010s
More of the fourth generation of the TIlson family joins the company when Brandon Martin and Chris Alarid take over roles in Finance and Operations. Eric Alarid moves from Sales into Business Development.
2019
Tilson opens a new design center in Waxahachie to round out its DFW footprint and opens a new model in Huntsville within Texas Grand Ranch.
A Tradition of Success

Through the years, the Tilson work ethic has been instilled in its employees. Tilson Homes remains the oldest name in home construction in Texas. Tilson continues to be a family-owned and managed business. Many of Tilson’s subcontractors are second generation, and some have been working on Tilson Homes since 1962. Today, as in the past, Tilson Homes carries on a proud tradition of "building homes on rural land throughout the State of Texas." 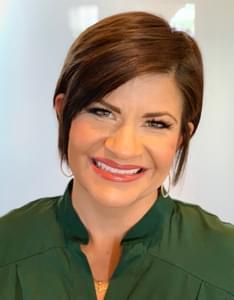 Have Questions? Ask Us!

Have questions about building a new home with Tilson? We’re here to help you get started and guide you along the way. Fill out the form below and someone will be in touch shortly.

Enter your email address and we’ll send you a link to reset your password.

Visit your dashboard to update your preferences, revisit your favorites, get personalized recommendations of homes you may love, and more.

Register for a MyTilson Account and get access to member-only features. Favorite the homes and photos you like throughout the website, and then visit your MyTilson dashboard revisit your favorites, see personalized recommendations, and more.

We have received your message and will contact you momentarily.

Continue to the Dashboard

Have Questions? Ask Us!

Have questions about building a new home with Tilson? We’re here to help you get started and guide you along the way. Fill out the form below and someone will be in touch shortly.